In early March I joined Karis Shearer, Emily Murphy, and Hannah McGregor to record episode four of SoundBox Signals, “Is Robin here?” This was the second episode of the podcast that I had appeared on as guest-curator. I’m going to share a little glimpse into what it has been like for me to podcast with a psychiatric disability. My hope is to encourage those who may be unsure about getting involved in podcasting—because you may feel like your brain doesn’t work well enough, but you really want to try it—to find some friends and a safe environment to try. I was not very optimistic and was very wary to try podcasting but it turned out to be a wonderful experience. And perhaps more importantly, it helped me in my continual realization that I can be proud of myself and I can be confident because I can do hard things. Among a few other illnesses, I live with a severe anxiety disorder that presents in strong obsessive-compulsive tendencies. For legitimate reasons, I was nervous to try podcasting because 1) nerves and fear of panic; 2) what if I committed to the episode and on the day of recording I absolutely wasn’t well enough to participate; 3) my ability to both think and listen at the same time is often pretty low. So, I was fearful of a weird sound or a blinking light in the studio that could derail my thoughts and disable me from concentrating enough to be able to form words, let alone eloquent opinions about poetry. Those are things I thought would happen (and some of them did), BUT I successfully have contributed to two podcast episodes that turned out splendidly and had great fun in the process. 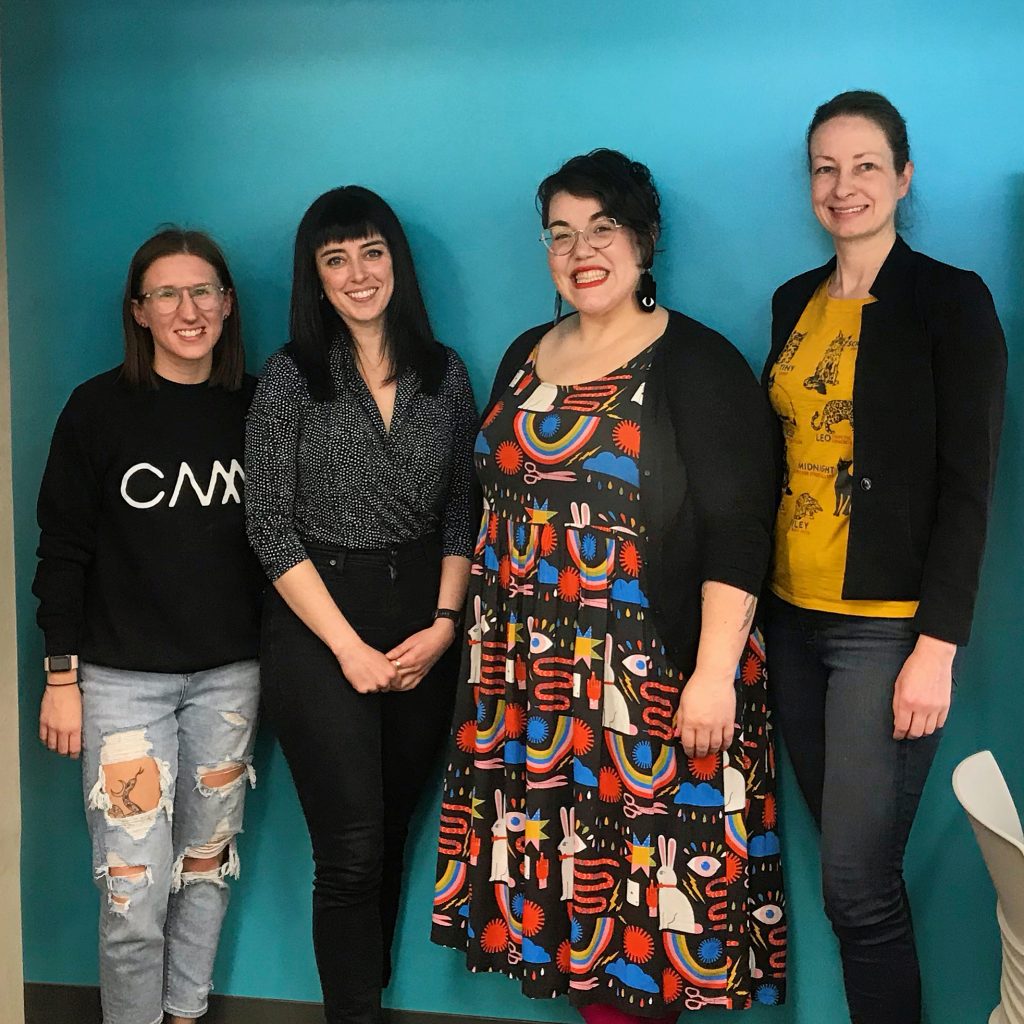 I did experience anxiety that was about as near to panic as possible without it being full-blown. But a few moments of laughter and a few moments of deep breaths to bring myself back into the marvelous conversation that was happening around me was enough to get me to the end.

I did have a few moments of completely dropped thoughts because my brain decided to jump to thinking about something random out of my control. But podcasting is not a live medium. Those moments were edited out by our wonderful co-producer, Nour Sallam. And I was encouraged in the sound booth that my comments were going in a thoughtful direction and I could simply try again, or we could move on no problem. (This is where a fun, friendly, and safe environment is crucial for testing the waters. And always, I think).

I was well-enough to attend the scheduled recording sessions. But if I hadn’t been, my brain knows that would be ok, the podcast could have gone on without me (even if I don’t believe my brain all the time).

I didn’t only survive the podcasting process. I made significant contributions. I said smart things. I said funny things. I said less-than smart or funny things—but so did everyone else. I began to learn how to navigate podcasting with my disabilities and was a notably better podcaster the second time around and only two podcasts is hardly a debut into the genre! I grew an inch more confident. I am proud of what I was able to do (or else I probably wouldn’t be writing this post).

Some words of advice and encouragement…

Recording the podcast episodes was not easy but as soon as the record button was turned off I knew it was worth it, which has only been affirmed by listening to the completed/edited episodes. Nobody sounds perfectly smart and normal all the time (even if that’s how edited podcasts you listen to sound like). With who and where you are podcasting will make a huge difference—you could even make a trial solo episode! Prepare some thoughts beforehand (if the podcast is centred around something predetermined) but try not to let yourself feel disappointed if you don’t actually end up talking about what you planned to talk about. It seems like a crazy concept for me sometimes, but valid and important thoughts can happen naturally—or they don’t and that’s when preparedness can help a tired or anxious brain.

Only in writing this post have I realized one thing I should have done. If prior to recording the podcast I was even a tiny bit more open to the team I was recording with about where my brain was coming from, I think some of the fear and anxiety would have been slightly alleviated. (However, psyching myself up to be more open with the others would have caused just as much anxiety in the moment as recording the podcast did). 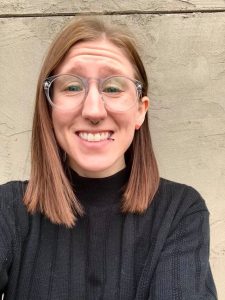 While this post has been more about my experiences than me giving advice and tips, I think that writing from behind the scenes is important. The making of a podcast episode is (most often) not as nice and put-together as the final product—which I imagine is true for most everyone making podcasts, not just for those facing barriers like mine. If you try it and hate it, who cares? If you try it and fail, you’re probably just inventing a new podcast genre that didn’t exist before. How cool is that? And moments of feeling proud of myself seem rare sometimes, but each one that comes along helps me to learn how to open more space for pushing myself even just a little bit. Because “failure” or not, moving through a challenge is still something to be proud of (so they tell me—not sure I believe it quite yet).