When I first met with Karis Shearer in spring 2019 at the AMP Lab, I didn’t know that much about archival sound recordings. But the opportunity to learn more excited me, especially since that opportunity came with the position of Podcast Producer.

As an aspiring journalist, I have always been passionate about the idea of creating and putting out stories. Podcasting provided a different medium to explore things I’m interested in: the planning, the research, the editing, and the creation of a story for the public.

Podcasting is an open-access medium, a way to reach out into the world, to a wider public, and to see who is willing to listen. Through this position, I have learned a lot about the value of listening and the spaces wherein listening takes place.

The SoundBox Signals podcast is rooted in the act of “close listening” to archival clips. The podcast has a simple and quite captivating format: four people in a room, listening closely, and conversing about the interesting parts of what they just heard.

However, the act of listening for me, as the producer, extended beyond just the 1 minute and 30 second archival clip and the small sound studio in UBCO where the podcast is normally recorded. While editing the podcast, I had to learn to be more attentive towards the voices of people who may or may not be experts on a certain recording. People who, when given the chance, and the space to speak, were able to form compelling interpretations. I, for one, had never read bill bissett or watched him perform poetry. Yet, I was invited to be a guest on our first episode, “Is That Me?”. In the sound room, I felt nervous and was highly aware of my voice cracking. I dreaded editing the episode, because I felt it would be so hard to listen to myself and not cringe.

Surprisingly, the process of listening back to myself while I was editing the episode inspired in me a certain level of compassion. I was amazed at how much my voice had to say during the recorded conversation.  In classrooms, and often in conversation, I tend to shy away from sharing if I feel like a less-knowledgeable participant. The episode made me reflect on how much I did say when I was given the space to do my own interpretive work. SoundBox Signals host and co-producer, Karis Shearer, has been committed to the idea of facilitating that space for podcast guests. Listening back during the editing process, I could see that Karis’s approach to listening was one that was cautiously and respectfully attentive to other people’s interpretations.

While co-producing SoundBox Signals, I began to see value in the pauses people take when they are gathering their thoughts, the laughter which signalled comfort and joy, the anxiety in someone’s voice in the beginning of a recording session and the ease by the middle of it. I learned a lot about voices and sound cues. I also learned a lot about attentive listening, not only when I was expected to, but also when I wasn’t. Working on SoundBox Signals taught me how much more you can know through listening, a lesson I was gently nudged towards through not only the job itself, but also through listening and observing my SpokenWeb mentors.

I came into this position thinking that the little experience I have in journalism would be an asset in producing a podcast. Prior to joining the SpokenWeb team, I had an internship position at Cape Argus, a print newspaper in South Africa. I had also been the Copy Editor of UBCO’s The Phoenix. Both of these experiences had taught me the importance of flexibility and asking questions, whether I was the person telling the story, or participating in the process of putting out a story. But now, I think that producing SoundBox Signals has taught me some unexpected skills that would help in my future journalism career. I can now say that I am as good at listening as I am at asking questions. And at the end of the day, isn’t it just as important, if not more so, to be as well versed in listening as we are in asking? Otherwise, what’s the point of asking?

Today, I write this after accepting my offer to go to Ryerson University for a Masters of journalism, and I’m still just as excited about archival recordings as I was on the day I first walked into the AMP Lab, and even more eager to listen. 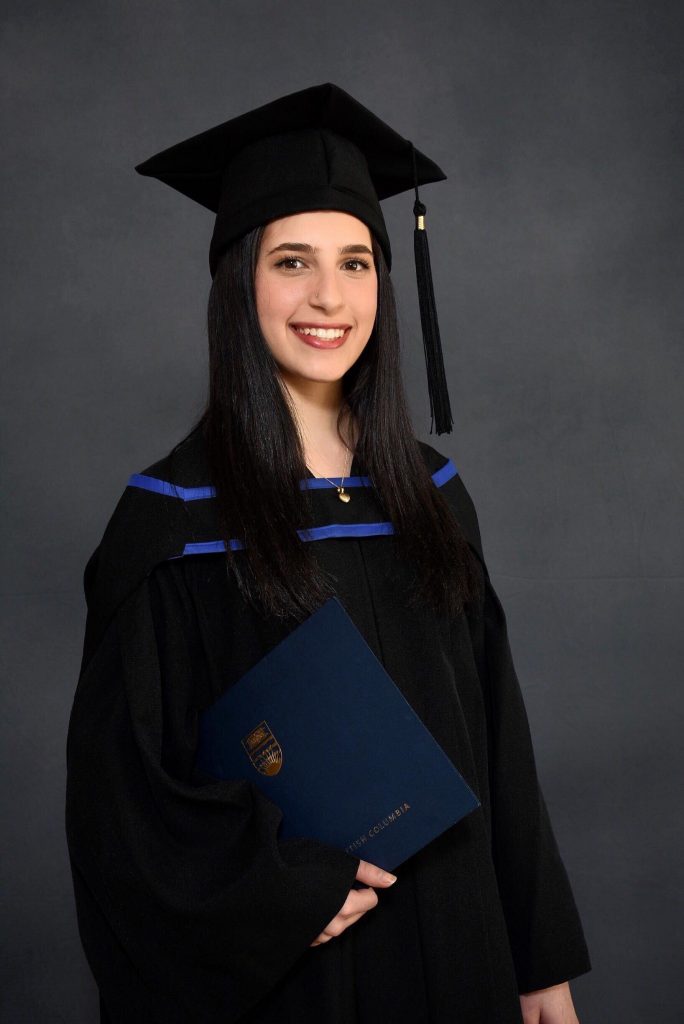