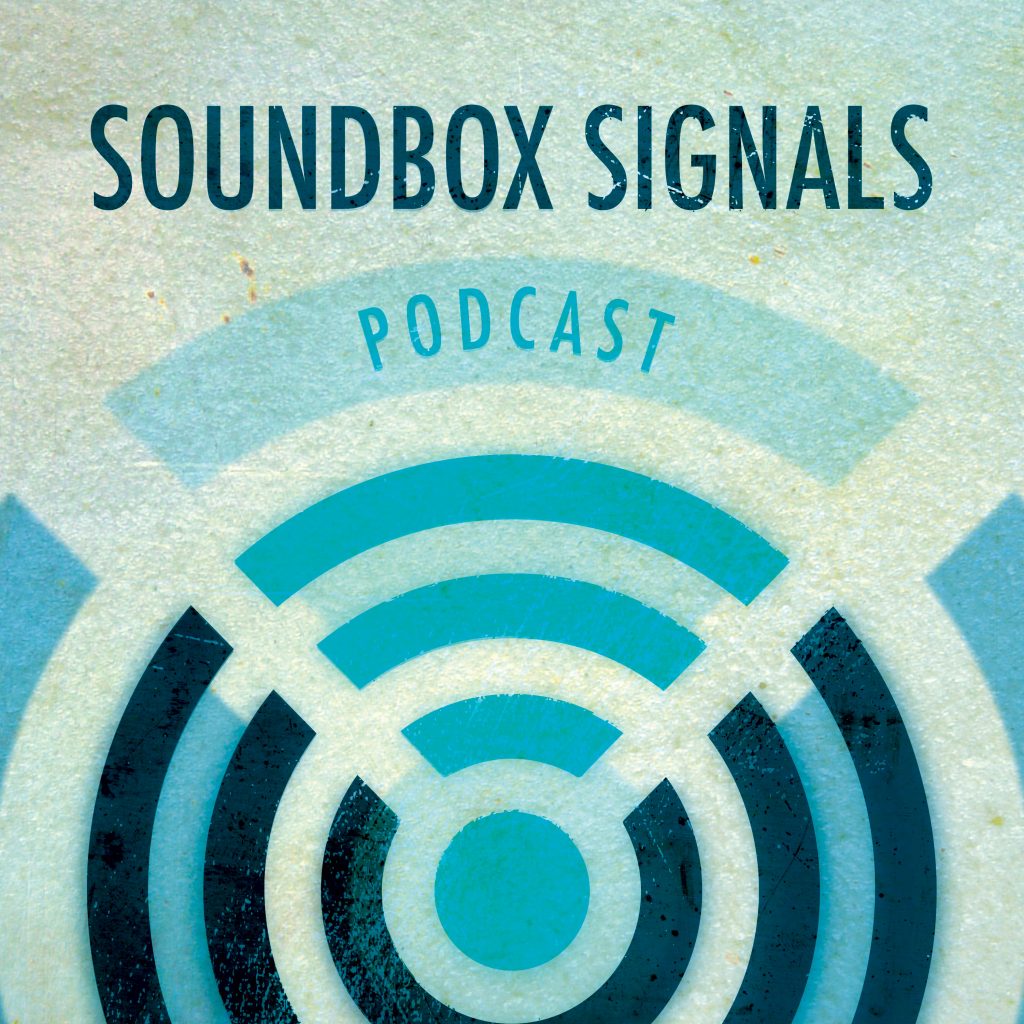 With Season 2 of “SoundBox Signals” on the horizon, I thought it would be a good time to reflect on our podcast’s first season.

Since we launched “SoundBox Signals,” a SpokenWeb-affiliated podcast that “brings literary archival recordings to life through curated close-listening and conversation,” in 2019, I’ve found myself invited on several occasions to talk about the podcast as “knowledge mobilization.” That makes sense: I’m an academic and normally academics research things, produce results or studies, publish them for our immediate scholarly communities, and then share them with the wider public through what we like to call “knowledge mobilization.” Podcasts have become a new and exciting way of sharing with the public. The thing is, “SoundBox Signals” isn’t knowledge mobilization.

So what is this podcast, then?

I think of our podcast as first and foremost a creative way of engaging with archival audio materials and building community through the practice of listening — to the archival tapes and to each other. As my co-producer Nour Sallam eloquently wrote this summer, “[t]he podcast has a simple and quite captivating format: four people in a room, listening closely, and conversing about the interesting parts of what they just heard.” The format and mode of production draws on the “SoundBox” archive itself for inspiration: as Deanna Fong and I have written about elsewhere, the majority of our archival reel-to-reel and cassette recordings aren’t of public poetry readings; instead they are spontaneous and unscripted literary conversations amongst writers in the 1960s through 1980s. What’s more, they are mainly DIY recordings made in living rooms, rather than professionally recorded poetry readings made in auditoriums. These were two characteristics — the unscripted literary conversations and the DIY ethos — our podcast team wanted to retain in our production of “SoundBox Signals” not only as a way of nodding to the archive but also as a way of thinking about and enacting what we value about those modes. That is, we value the multivocal over the single authoritative voice; process, participation (no previous experience required!), and circulation over polished product. These values are grounded in a long history of feminist DIY culture and they also underpin the activities of the AMP Lab in general.

The podcast, as with my work more broadly, is informed by a feminist perspective that aims to amplify marginalized voices from the archive, to be attentive to power structures and hierarchies in communities, to make visible and audible the labour behind creative production, and to build listening communities. In our first season, Nour and I selected recordings of mostly LGBTQ and/or women poets; we brought students, poets, professors together to talk about those recordings; and we produced a SpokenWeb podcast episode on the behind-the-scenes labour of creating the SoundBox Collection; we hosted a number of public listening parties and “curated close listening” events in the AMP Lab. Mathieu Aubin has written about much of this work, connecting it to a broader feminist practice in SpokenWeb in his essay “SpokenWeb Podcasting as Scholarly Feminist Practice.”

Why does this format matter?

The “close listening and conversation” model that underpins “SoundBox Signals” also takes its inspiration from one of my favourite poetry podcasts, Al Filreis’s “PoemTalk,” where Al convenes a group of three poets to collaboratively perform a “close, but not too close reading of a poem” in order to open up the poem to “new possibilities and gain for the poem a few new readers and listeners.” If you have not listened to PoemTalk, I recommend you check it out. What I find so compelling about “PoemTalk”‘s conversational model is the way it distributes authority across a number of different speakers and how you hear Filreis use his role as host to deftly balance the conversation so that no one voice dominates. Notably, Filreis’s facilitation invites generosity and collaboration rather than competition, even while the podcast explicitly welcomes disagreement. This is an ethos we wanted to draw upon in our podcast as we invited poets, professors, and students from different disciplines (from History to Computer Science) to participate in the conversation and to do interpretive work collaboratively across hierarchies and across generations. Our first episode, for example, features the wonderful interpretive work of undergrads Lauren St Clair (Computer Science), Nour Sallam (English and Political Science) and guest curator Mathieu Aubin (PhD, Interdisciplinary Studies), while our second episode brings Megan Butchart (an undergraduate student in her 20s) and Daphne Marlatt (a Canadian poet in her 70s) into conversation about poetry and performance.

Guided by the question “What can listening allow us to know about cultural history?”, “SoundBox Signals” conversations are not only interpretive and generative, they are also occasionally speculative. In our case, the research needs to begin with listening because we actually don’t have a lot of information about what’s on the tapes, some of which are identified only by mysterious labels like “Roy, Warren, Moon, etc.”, “West Coast with Stan and Gladys,” or “Election Year USA.” The act of communal listening, therefore, becomes a way of raising research questions collaboratively and of doing preliminary interpretive work together. That’s not to say we haven’t done research and reflection before recording (we have), but you don’t need to be an expert in poetry to notice and interpret curious aspects of these sonic texts; I have personally learned as much about listening from first-year undergraduates as I have from literary scholars. 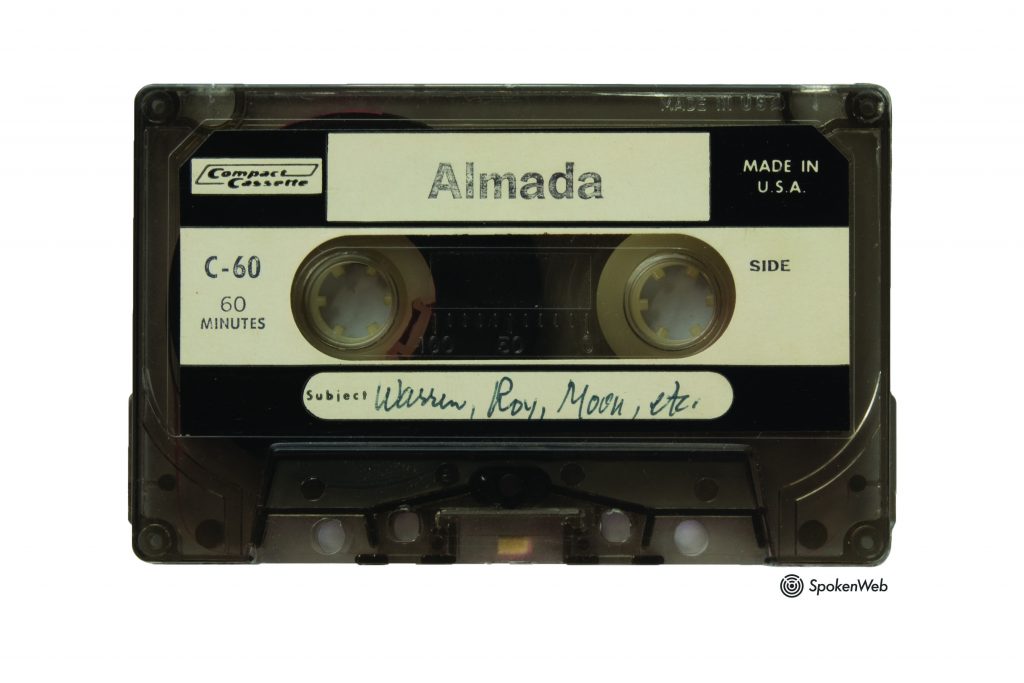 But why do this work in public, through a podcast? For me, “SoundBox Signals” is a community-building project that aspires to reach and involve different publics beyond English literature academics, to take joy in doing interpretation together, and to do the kind of work Kathleen Fitzpatrick has described as creating “the possibilities for far more substantial public participation in and engagement with the humanities, and with the academy more broadly. We can build programs and networks and platforms that do not just bring the university to the world, but that also involve the world in the university” (Generous Thinking). In that sense, then, the podcast is not motivated by a desire to circulate academic research findings to a new audience; it’s about modelling the types of generous conversations that might be had about archival recordings. In his article for KelownaNow, Dayne Patterson writes about our aspirations to involve the local public in upcoming seasons.

But as with any instance of “doing scholarship publicly,” it’s a vulnerable process. Nour and Amy Thiessen both write poignantly about initially feeling nervous about podcasting here and here and the value they found in the process. I’ve personally had to become comfortable with the fact that I’m just, well, awkward. While you don’t get to hear the dozen or so takes I needed to deliver the scripted, pre-recorded podcast intro, with Nour encouraging me (“that one was better!”), you hear me be generally awkward throughout Season 1 and just plain mess up occasionally (see episode 4, where I suggest listeners go to an event which will be in the past by the time the episode airs and then, after being corrected, promptly make the mistake again).

I’m proud to say every aspect of “SoundBox Signals,” from conceptualization to audio production to graphic design, is co-created with students. And I don’t mean we hire students to “assist” with producing the podcast. Rather it’s a fully collaborative project, where students are paid and credited co-creators who have contributed to the project’s intellectual direction.  As with all our work in the AMP Lab, we’re guided by The Student Collaborator’s Bill of Rights, which you can find here. My amazing aforementioned co-producer for Season 1 was Nour Sallam (then undergraduate in English & Political Science) who brought her talents as a journalist to the project and who was an invaluable collaborator; she reflects on what she learned about listening to people’s voices from a producer’s perspective here. Lauren St. Clair (Computer Science) created the podcast’s opening sounds by bringing her acute feminist ear to the archive and selecting a clip of Sheila Watson asking “where is the voice…coming from?” The graphic design for the podcast’s beautiful press kit (below) was created in collaboration with the UBCO SpokenWeb team by Digital Arts & Humanities (DAHU) M.A. student Yasaman Lotfizadeh. Season 2 of “SoundBox Signals” will be co-produced by DAHU M.A. student and writer Craig Carpenter in the upcoming months and I’m looking forward to launching that season with him and the rest of our SpokenWeb team in the new year. Stay tuned!