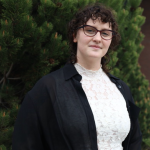 Erin Scott is a poet/performer, artist/scholar, Scottish/Canadian living on the unceded territory and ancestral lands of the Syilx/Okanagan Peoples (Kelowna, BC). She holds an MFA in Writing and Performance from UBC Okanagan. Erin is a PhD student in IGS Digital Arts and Humanities whose research-creation work contemplates a ‘both/and’ identity in relation to cultural, geographical, and traditional belonging through the creation of digital poetic texts and dialogic performance. Erin is a founding member of the literary arts organization Inspired Word Café. Her performance work has presented at festivals across Canada, she has won the John Lent Poetry/Prose Award and the Okanagan Short Story Contest, and is a graduate of the Banff Centre’s Writing Studio program. She has two chapbooks, two spoken word albums, two cats, four kids, and one incredible partner. 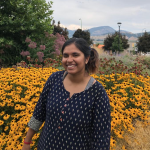 Atmaza is a fourth-year BA student majoring in Philosophy, Political Science, and Economics with a minor in Gender and Women’s Studies. She is an international student from Singapore and is currently living as an uninvited guest on the unceded and ancestral lands of the Syilx Okanagan Peoples. Atmaza is interested in researching India’s decolonial feminist and queer thoughts/movements that lie within the country’s history, geography, cultures, and bodies. Through her engagement with various campus partners, Atmaza strives to make space for intersectional voices within academia and advocacy. She has also contributed to the book Practicing Social Justice in Libraries (Routledge, 2022) by examining her experience of doing social justice work within colonial institutions. Her chapter, co-written with Sajni Lacey and Taya Jardine, is called “Creating EDI Internships within the Academic Library — A Case Study.” Atmaza loves spending her time reading books, watching Korean dramas, and wishing that she could own a cat. 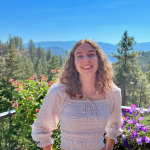 Rachel Pickard is a settler on the unceded and unsurrendered territory of the Syilx/Okanagan People and is completing a Bachelor of Arts in English and Cultural Studies at UBC Okanagan. She is currently holding an executive position in the Cultural Studies Course Union and works for The Phoenix News, UBC Okanagan’s student newspaper. In 2022, Rachel had the honour and privilege of receiving an Undergraduate Research Award and the Sharron Simpson Family Community Engagement Endowment Fund, providing her with an opportunity to pursue her interests in oral histories and sound by researching and creating a multimedia digital edition of The Pocket Desert radio documentary under the supervision of Dr. Emily Murphy and Dr. Kerrie Charnley as well as a series of blog posts documenting her findings, learning, and research. Rachel is thrilled to be joining the AMP Lab and the SpokenWeb team as an Undergraduate Research Assistant. 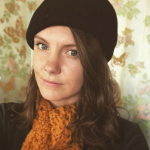 Sarah is the AMP Lab PRC fellow and a PhD student in the IGS Digital Arts & Humanities theme at the University of British Columbia Okanagan. Her research combines audio digitization, vocal studies and humour philosophy, and incorporates recorded comedic performances. She has contributed to digitization efforts with the British Columbia Regional Digitized History project. Sarah graduated with a master’s degree in information science (Archives and Record Management focus) from the University of Toronto in 2021 and holds a BA in English from UBC Okanagan. She acknowledges that she lives and works on Syilx Okanagan territory. 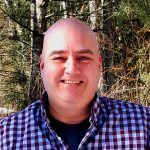 Jon is a nehiyaw-Métis digital media artist, computer programmer, and expert in supply chain and logistics systems. He earned a Diploma of Fine Art from MacEwan University (Edmonton, AB), a BFA from the University of Alberta (Edmonton, AB), an MFA from the University of British Columbia – Okanagan (Kelowna, BC), and is currently a Ph.D. Candidate in IGS Digital Art and Humanities at UBCO. Jon’s Ph.D. research focuses on Indigenous cultural representation in programming languages. As part of this work, he has defined an Indigenous Computing Framework, developed a culturally informed keyboard for Plains Cree, and constructed a digital storytelling platform that includes a computer programming language that uses the Cree language and syllabary. Jon’s visual artworks are computational reimaginings of traditional Indigenous culture art forms, algorithmic visualization of big data sets, and explorations in decolonial computing. Professionally, Jon had a career with United Parcel Service, spanning almost three decades. He is an expert in developing decentralized web and cloud-based logistics portals, visualization, and automation of business supply chains, and integrating big data analysis to promote and improve models of predictive logistics and digital twinning. 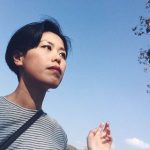 Xiao Xuan / Sherry Huang is a poet whose work expands through sound, performance, and printed matter. As an M.F.A. student in the Faculty of Creative and Critical Studies at UBCO, she is currently writing a collection of lyric fragments accompanied by a series of screen-printed broadsides. Her first full-length book of poetry and auto-theory, titled Love Speech, was published by Metatron Press in 2019. Her ongoing research interests include: “reparative reading” practices (coined by Eve Sedgwick,) literary aurality, écriture féminine, and love. 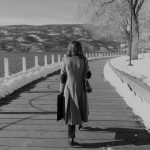 Megan is currently an MA student in English and Film Studies at the University of Alberta. She received her Bachelor of Arts at UBCO in 2020, majoring in English and History. She is interested in Archival Studies and is passionate about the preservation and conservation of artifacts, and the making available of such resources for public research and study. She is pleased to participate in The SoundBox Project, which merges literary, historical, and archival elements. 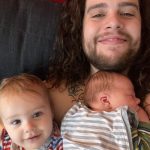 Cole Mash (he/him) is a poet/performance poet, scholar, writer, and community arts organizer who lives on unceded Syilx-Okanagan territory in Kelowna, BC. Cole has performed poetry locally and nationally for 10 years. His poetry has been published in CV2, Forget Magazine, The Eunoia Review, Papershell, and his critical work has been published in Scholarly and Research Communication. He has 5 poems forthcoming in The Full Colon and his lyric-memoir, What You Did is All it Ever Means, was published with Broke Press in 2021. He is the Co-Executive Director of non-profit arts organization Inspired Word Café. He teaches sessionally at UBC Okanagan and Okanagan College, and is a PhD Candidate in SFU’s English Department. He has a wonderful partner, four kiddos, and two kitties whom he loves all the way to the bottom. 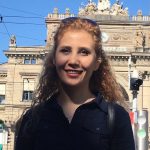 Ahlam Bavi is a visual artist, art researcher, and designer. She earned her BA in Industrial Design and her MA and Ph.D. in Art Studies from the University of Tehran, Iran. She has been a student and researcher at the University of Lucerne, Switzerland and the University of Calgary, Canada. Currently, she is a Ph.D. student in IGS Digital art and Humanities at UBC. Ahlam’s visual artworks consist of conceptual sonic sculptures, technologic remediation of artworks, 3D calligraphy, and algorithmic 3D printed sculpture. She has training in the Reggio Emilia Educational approach, as well as VR, AR and digital technology during her visiting U of Calgary and works with gifted students. 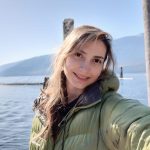 Sepideh Saffari is an award-winning artist and architect currently pursuing her IGS PhD in Digital Arts & Humanities at UBCO. In 2006, she started her academic education in Architectural Engineering in which she ranked third and first among students in her BA and MA programs respectively. Since then she has held artistic and architectural positions including teaching at universities and designing buildings such as Polyclinic Hospital Entrance and Greek Coffee Shop. She has also worked at game and animation companies.

Deanna Fong recently completed her PhD in English at Simon Fraser University in Vancouver, Canada, where her research focused on the intersections of auditory media, event theory, literary communities, and affective labour. She is a member of the federally funded SpokenWeb team, who have developed a web-based archive of digitized sound recordings for literary study. With Ryan Fitzpatrick and Janey Dodd, she co-directs the audio/multimedia archive of Canadian poet Fred Wah, and has done substantial cataloguing and critical work on the audio archives of Japanese-Canadian poet and artist Roy Kiyooka.

Carrie Karsgaard is a doctoral student in the Department of Educational Policy Studies at the University of Alberta, Canada, specializing in Theoretical, Cultural, and International Studies in Education. She completed her MA-IGS in Cultural Studies at UBCO and is thrilled to be back on campus in the Amp Lab – to discuss big ideas, share technical knowledge, and explore research questions through digital methods. Carrie’s research interests include critical and anticolonial studies in international, intercultural, and environmental education. Holder of the Joseph-Armand Bombardier Canada Graduate Scholarship and the UofA’s President’s Doctoral Prize of Distinction, Carrie is currently exploring issue mapping via digital methods to explore the role of social media as public pedagogy.

Affiliation: The Confluence of Religious Cultures in Medieval Historiography