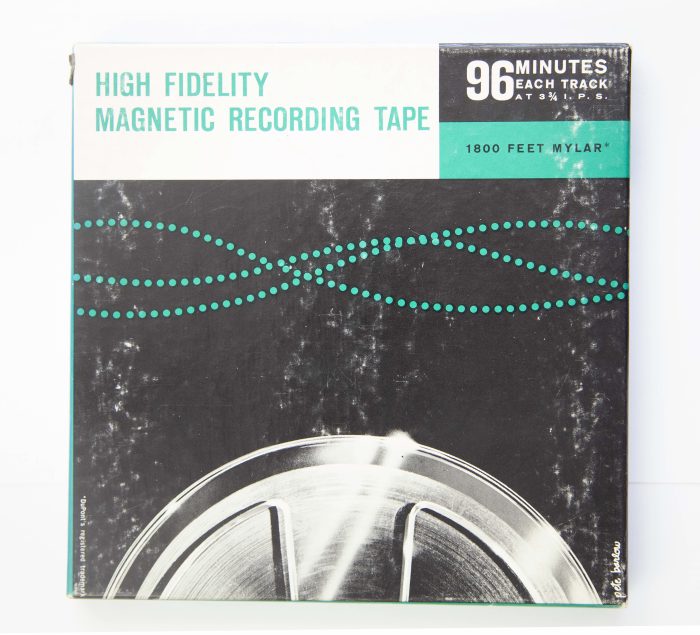 Archival accessioning is best described as an intuitive process with vigorous rules. The rules are many, but they work towards two specific goals for archivists: 1) discoverability for researchers and 2) respect-des-fonds, which means keeping the objects in the order in which they were used by the creator in order to maintain important context clues about the use of the objects that might be hidden in the order. We also refer to it as ‘original order’. Archival fonds (that is, a group of objects given to the archive by the same owner and/or creator) are generally moved from their place of origin (say, an office) to the archives in boxes packed by the creator or next-of-kin, meaning that original order cannot be assumed. When this occurs, the archival staff identify types of objects (documents, photographs, audio or visual media and ephemera) and try to group them based on category (personal writings, academic writings, letters, etc.) followed by date. This is where the intuitive aspect comes in: a letter that also contains a portion of an academic work? A tape recording of the creator in a candid discussion? This is all left up to the archivist to categorize in order to make the objects as accessible and findable as they can, while also making sure that similar or connected items are noted in the descriptions. One can see how accessioning can be such a time-consuming process, particularly in the absence of confirmed original order.

Why am I telling you all of this? Because fonds that come with a clear and true original order are unusual to the point of being mythologized, at least in my experience. Cue the entrance of the Fred Wah fonds to the AMP Lab at UBCO.

The Fred Wah fonds arrived at the AMP Lab with Dr. Karis Shearer in early May of this year. The original owner (and in most cases, the recordist/creator) of these tapes, Fred Wah, kept exhaustive notes and numbered many of his audio reels. His efforts meant that we were able to preserve much of the original order of the fonds as he would have stored and used it. Megan Butchart and I (Sarah Cipes) have both worked in various archives over the years, and while the preservation of original order is a tenet of archival work, neither of us had ever had the joy of being sure that we were actually maintaining original order. In the case of the Wah fonds, we were in awe. “I thought it was a myth” was stated several times. Not only were the tapes numbered, they came with typed descriptions of each object. We were in accessioning heaven.

Having gone through the Fred Wah fonds completely, I found there were of course some stragglers that required arrangement, though the contents of the tapes were generally well-described even when not numbered. After grouping and organizing those that were not numbered or mentioned in the accompanying documents, Megan and I proceeded to number the tapes while taking ‘glamour shots’ (our affectionate term for the documentary photos) of each object, to be saved in a high-quality format (tiff) for posterity and a mid-quality format (jpeg) for use. You can see some examples of our beautiful shots below!

The next step is the most exciting one — after completing cataloguing and description of each object, we will be digitizing the tapes! This includes listening to each tape carefully and adding information to the description areas of our metadata spreadsheets, as well as keeping our ears open for possible remediations of the digitized tapes so that they can live on through different academic and artistic mediums! We also input metadata (data about data — the really descriptive stuff) into Swallow, a system created for the affiliated SpokenWeb collections. The Swallow repository allows discoverability for literary audio archives at various institutions, meaning researchers can more easily find what they are looking for when it comes to archival audio and notable poets and performances! The information that we input includes such things as the names of creators and subjects on the tapes, the length of audio recordings, the specifications regarding the digitized recordings, as well as notable information about the content of each tape! We will be continuing to update Swallow as we digitize the fonds. Keep your eyes and ears open for new projects that focus on these wonderful pieces of audio history. 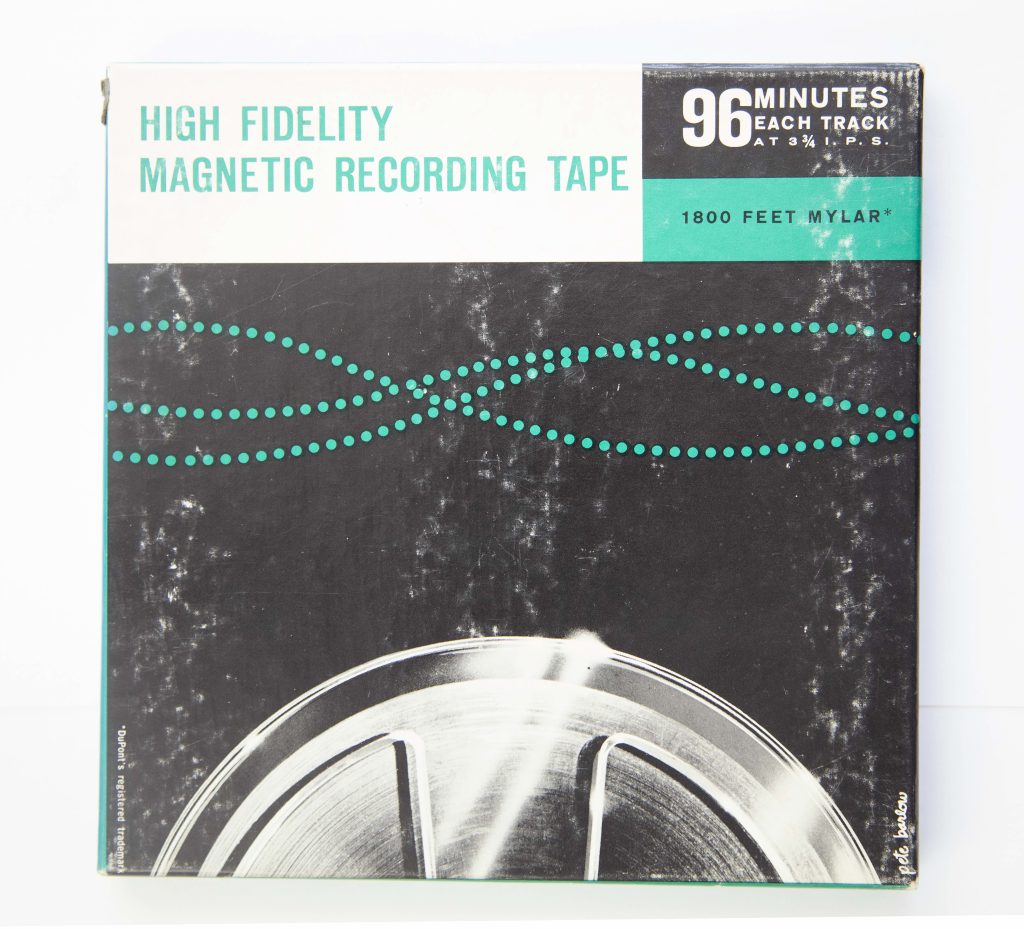 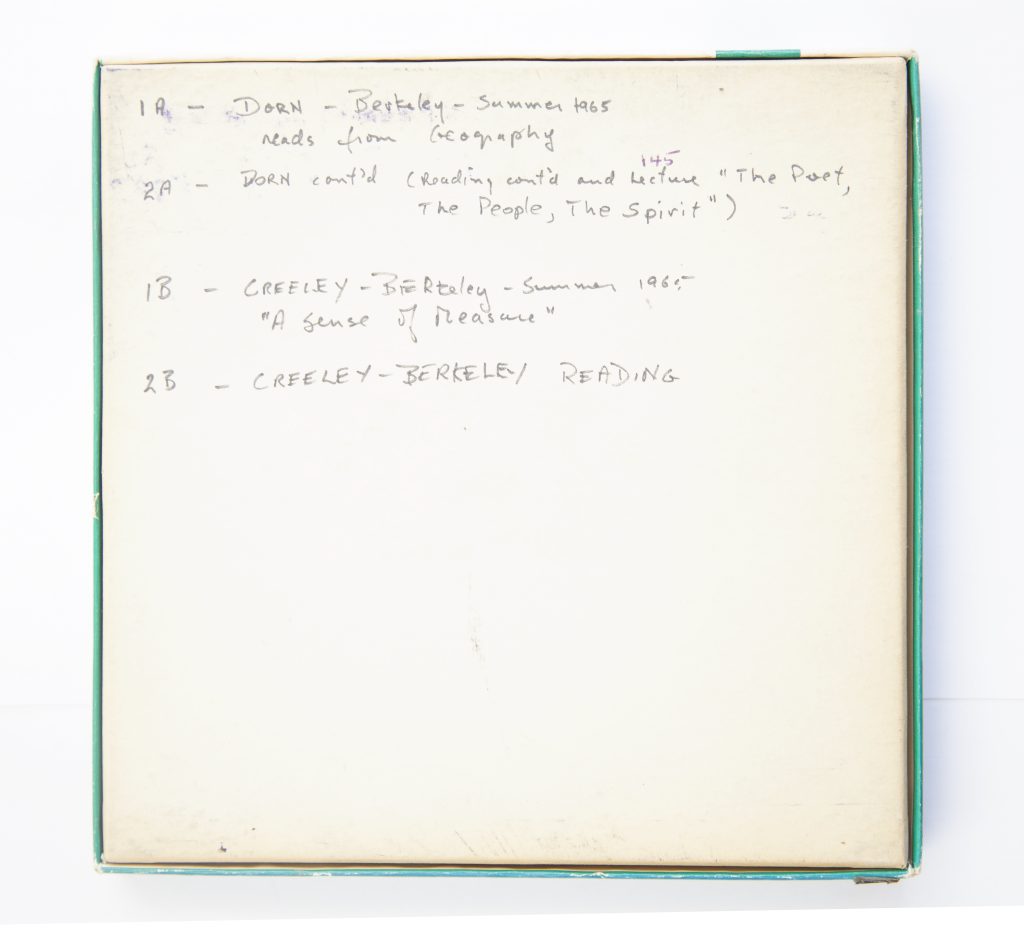 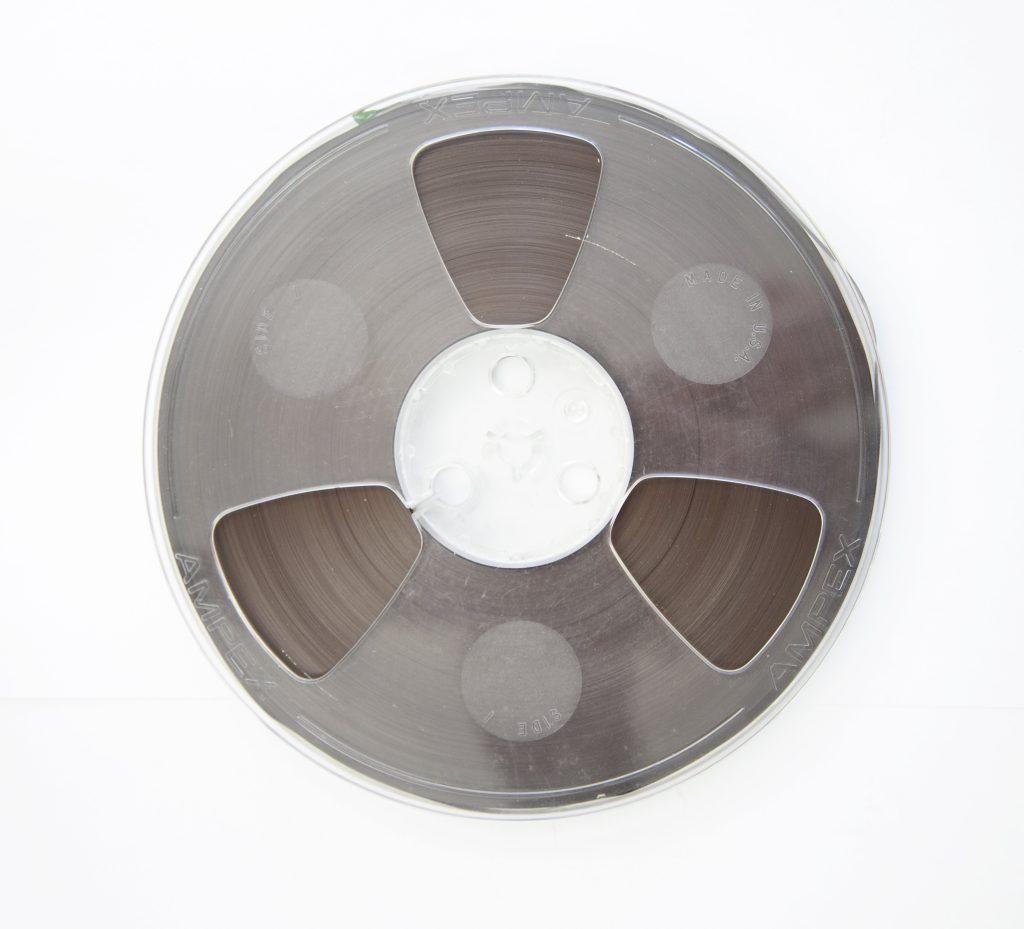 General Description: The Fred Wah fonds contains 211 audio objects of various mediums. These include three-, five- and seven-inch audio reel-to-reel recordings and minidiscs made on a Sony MiniDisc recorder. The fonds also includes a Wollensak magnetic reel-to-reel recorder and playback device with power cord and microphone that was used to record the 1963 Vancouver Poetry Conference. Many of the recordings on the minidiscs are duplicates of the reel-to-reel recordings. The duplicates have been given numbers matching their original object identification numbers given to them by the original owner Fred Wah. The minidiscs that are not numbered and are not duplicates of reel-to-reel recordings were made in the 2000s. Most of the recordings in this fonds are of Canadian poetry readings, interviews with Canadian poets, discussions of or events about or involving poetry and Canadian poets and classes attended or taught by Canadian poet Fred Wah. There are also recorded radio broadcasts, musical recitals, and “mixed tapes” containing music that was not recorded live. The fonds contain several miscellaneous audio recordings that lack descriptive information. The content of these will be discovered and added to SpokenWeb’s SWALLOW metadata repository during the process of digitization.

Original order: The numbered tapes show a specific original order created by Fred Wah. The audio recordings appear to have been sorted by size. Many of the 5-inch and 7-inch tapes were purposefully ordered and numbered. They are numbered from 1 to 18 and 1 to 45, respectively. Because of this division of tape size, the unnumbered tapes have been ordered based on size, followed by description of content and date. Those that lack clear description and dates, and those tapes that appear to be blank, are currently labeled miscellaneous.