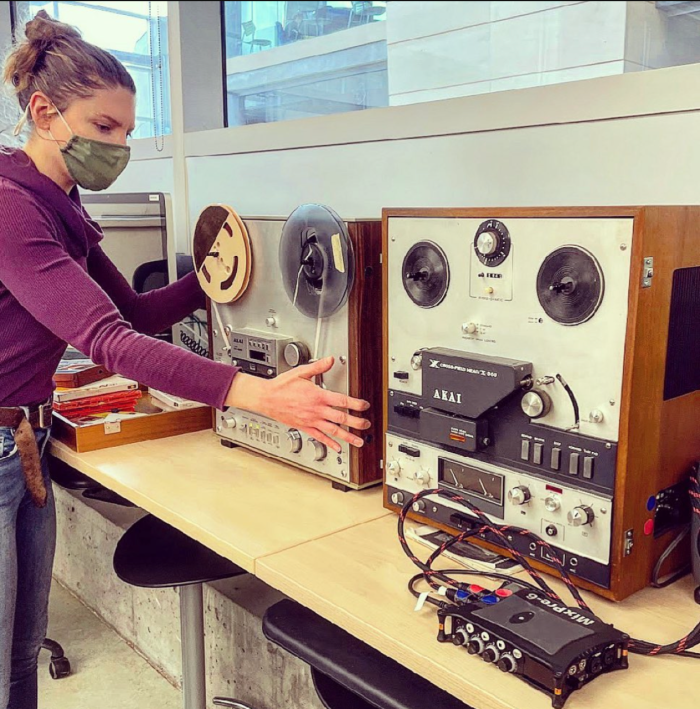 As a doctoral fellow joining the AMP Lab in 2021-22, I was so eager to begin digitizing the final batch of reel-to-reel tapes. Some tapes held more than 4 hours of material, so the project was a long haul and I was looking forward to the satisfaction of knowing the audio was preserved in digital format. But when the last tape was completely digitized and I watched it spin from the playback onto the take up reel, I realized that I would not be interacting with the tapes or reel-to-reel deck anymore. While I was proud to have completed the task, I also felt a sense of sadness that my work with the reels was done. Let me explain.

In October of 2021, I embarked on a project to digitize the final batch of archival reel-to-reel tapes in the SoundBox Collection at the AMP Lab. These tapes included public poetry readings from across North America, some of which were the spectacular performances given at the famed 1963 Vancouver Poetry Conference. In the collection were many tapes, however, that had a more personal tone. I got to know some of the poets (and their families) intimately, through the candid moments captured on the recordings.

Beyond the content of the tapes, I came to intimately know and love the containers (and the tapes themselves). Using reel-to-reel tape is more than just a listening experience: it requires care, process, and physical connection. Unlike digital audio, or even cassette tapes, reels need a lot of human contact. Only by threading the magnetic tape through the reel-to-reel deck and connecting it to the take-up reel by hand does one create the specific conditions required to listen.

Everything about the reel-to-reel machine must be done carefully and correctly to play the audio. It doesn’t take long to thread once you get the hang of it, but it is one of those processes that stops everything around you while you do it. These tapes are irreplaceable, and when I handle them, I feel a kind of reverence — reverence for the content, but also for the fragility of the tape and everything that reel-to-reel audio represents.

Reel-to-reel decks were marketed as portable recording devices – suddenly, if you can imagine, recording conferences and personal moments became possible and accessible to a greater range of people in the 1960s. People recorded parties and conversations. Sometimes they recorded things over top of old tapes, too; so, no matter what the notes on the case of a reel imply, a person really never knows what combination of things they might find on a single reel. 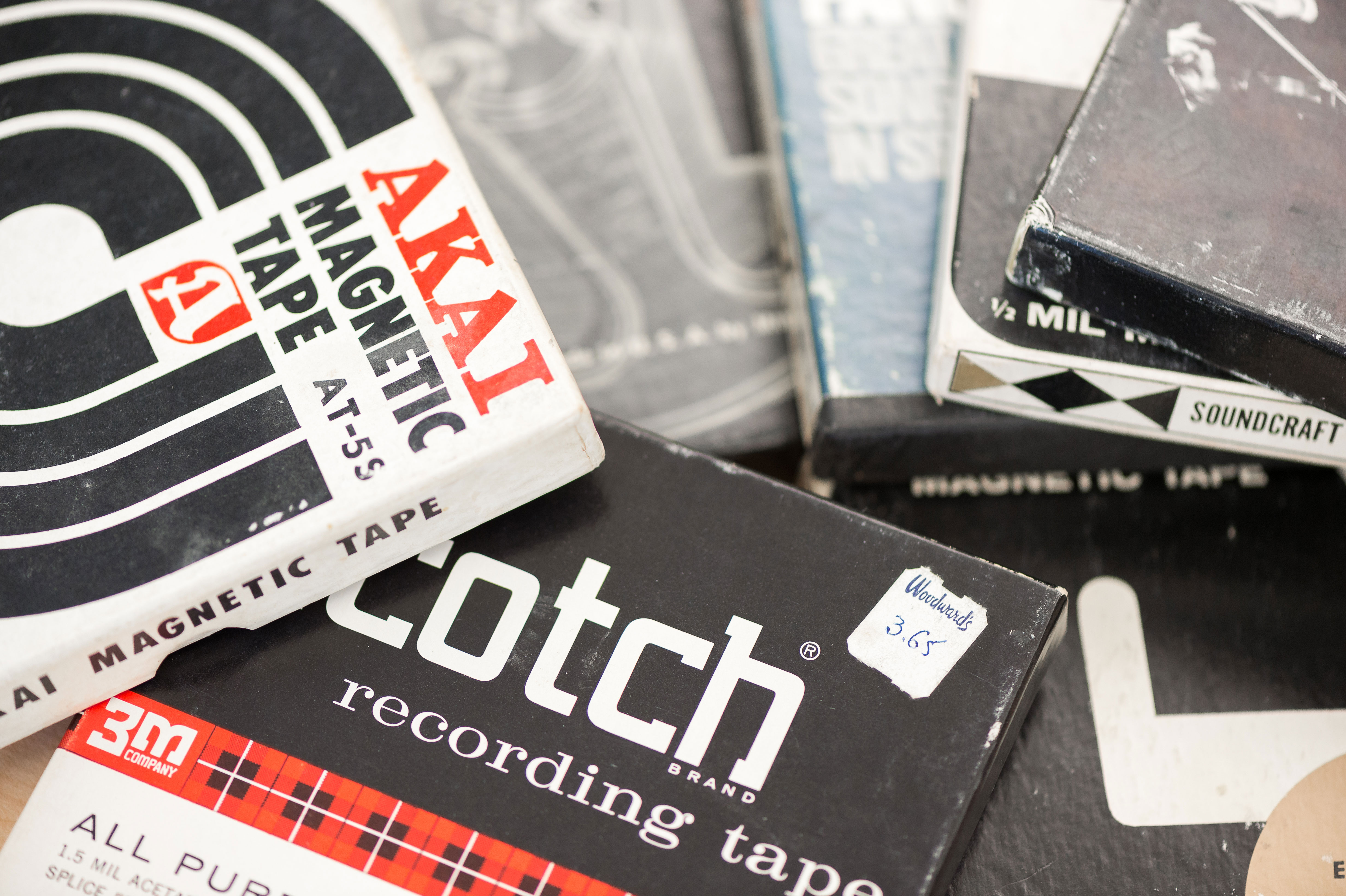 I have all of this in my mind, when I thread a tape onto the deck, or take it off. I have a deep sense of care for the reels themselves. This is what makes handling them so wonderful and scary: you’re holding history and you really can’t make any mistakes. So you check for any deterioration that might harm the player and when its ready, you lock the reel into the deck and hold the very end of the magnetic tape gingerly and you carefully thread the reel. And in that moment, that’s all you do. You forget about what meetings you have that day or what due dates are looming and you care for this amazing thing. That is, until you finally hit play and the tape starts to play back correctly, at which point you have a moment of relief and then check your input levels and return to real life. 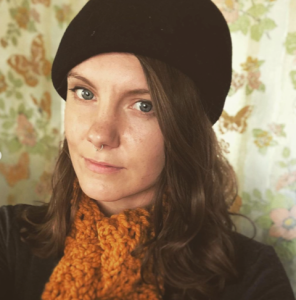 Sarah Cipes is a PhD student in the IGS Digital Arts & Humanities theme at the University of British Columbia Okanagan. Her research combines audio digitization, vocal studies and humour philosophy, and incorporates recorded comedic performances. She has contributed to digitization efforts with the British Columbia Regional Digitized History project. Sarah graduated with a master’s degree in information science (Archives and Record Management focus) from the University of Toronto in 2021 and holds a BA in English from UBC Okanagan. She acknowledges that she lives and works on Syilx Okanagan territory.